Home
About the County Gin 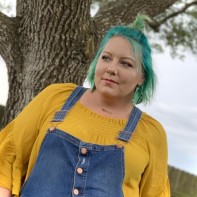 Jessica Hartman
Jessica Hartman is the publisher of The County Gin and a realistic dreamer with creative expression. She can be reached at jessica@thecountygin.com or (979) 533-0122, but careful — she's a talker.
Full Bio
Articles by Jessica

Jessica Hartman is the founder and publisher of The County Gin, a fresh, new media organization for Wharton County, Texas, and surrounding areas.

She is a sister to three siblings and their spouses, daughter to Roger and Nancy Anderson of Boling, Texas, wife to Chad Hartman of Bay City, Texas and mother to two sons — Korbyn and Caleb.

In early childhood years, Jessica and her family lived in the rural town of Pledger, Texas, just outside of Boling in Wharton County. For some, the rural life may seem sheltered or offer a strange, exotic appearance, but for her, the open fields, giant oak-lined swamps and miles of separation between neighbors offered excitement — a blank canvas for the flourish of creation, endless growth for the imagination and self-dependence that she took full advantage of.

Jessica didn’t have the “making it home before the street lights turned on” rule. Instead, the reasons for calling it a day were due to fear of the dark sounds coming from the woods, hunger for the night’s dinner or the occasional injury sustained from the day’s activities that required her momma’s attention.

Once her mother and father relocated to the big city of Iago, Texas, she and her siblings slowly became accustomed to the amenities of city life. With shorter spans between neighbors and maintained streets for bike riding, Jessica began to develop of more and more of a relationship to the community and its members.

These childhood relationships with community members are what she accredits her found passion — building stronger community involvement, love of sales and marketing and the pursuit to spread importance of keeping up with community happenings and news.

Directly across the driveway of Jessica’s home lived Mr. and Mrs. Sommers, who would often find Jessica knocking on their door to not only hear her sales pitch for the current school fundraiser, but a young girl eager for conversation.

Jessica recalls a one of her first memories that helped to create a spark in community development and relations:

“Mr. Beck was a little old man that I met while trying to win the top seller’s reward for my 5th grade Junior FFA meat fundraiser. His house was located at the very beginning of our street. “He lived alone and terrified me to no end. He was a straight shooter and let me know many times of his disapproval of my portable radio, which was zip-tied to my bike.

“Even though I wanted to avoid that house at all costs, it was the only house I hadn’t solicited for my FFA fundraiser.

“I vividly recall practicing my sales pitch over and over again, tailoring it to what I imagined Mr. Beck’s reaction would be. I snipped the ties that held the radio to my bike, dressed in my best pair of jeans, Boling Junior FFA T-shirt and completed the ensemble with a kelly green ribbon in my hair. I set off to what I thought could be my last day in sales.

“After the third ring of the doorbell, Mr. Beck opened the door. I didn’t even let him speak before I began my pitch. ‘Hello, Mr. Beck. I am a member of the Boling Junior FFA and we are working to raise funds to invest in our program. With your purchase of $35 or more of any of these products, you will not only assist the Boling FFA in their efforts, but you will also help me to become the top seller for the entire fundraiser.’

“I will never forget what Mr. Beck said. Even today his words ring in my ear as guidance before approaching each and every business in support of community endeavors.

“What Mr. Beck said to me was, ‘Now you’re going to have to slow down a bit. I couldn’t understand any of that.’ After giggling about my first, mumbled attempt, I was invited into his home and over a glass of sweet tea, I repeated my sales pitch and convinced Mr. Beck that he needed to fill his freezer with the items from the fundraiser.

“With Mr. Beck’s purchase of $100, I took the top selling spot for the Boling Junior FFA and surpassed all high school members in the Boling FFA, but even more importantly, I gained a friend that I would visit for many years and shared many stories with.

“If it hadn’t been for my drive to earn the top-seller award, I would have let the fear of Mr. Beck’s frustration with my choice in music prohibit a meaningful, and wonderful friendship.”

After high school and college, Jessica began her work in Wharton, Texas, with her first position being the store manager of the AT&T store. She built up relationships with local businesses by assisting them with their wireless, phone and broadband needs.

From those relationships, Jessica was able to secure her position as the retail advertising manager for The Wharton Journal-Spectator. It was while in this position that she became emotionally connected to the city of Wharton, Texas.

She served on numerous development, tourist and chamber boards, joined the Wharton Lions Club and started to devote more time into the editorial side of The Journal-Spectator.

Even though she received praise for her work ethic, Jessica felt it was a constant battle to grow within the organization. Jessica applied for a position with the City of Wharton. Employed by the City of Wharton and serving as part of the emergency staff for the city, Jessica worked through and aided the community through three flooding events, including Hurricane Harvey. It was at this point that Jessica bridged her two passions together — community awareness and sales development and marketing.

Immediately following these flooding events, Jessica witnessed a cloud of distrust caused by miscommunication drive a metaphorical stake into the heart of the once proud and resilient city. She saw the need to work toward creating a more well-informed community and the strengthening of relationships between business owners and citizens of the community.

While small victories emerged with the implementation of her new special sections, advisories to new publications, she grew weary and undervalued by the grind of embittered indifference.

Driven by her passion and dedication to community awareness to local happenings, Jessica Hartman saw the need to implement fresh ideas to bring trust and dependability back into the news media industry within and surrounding Wharton County, Texas.

In 2020, Jessica realized that the only way to bring her vision to life was to create an entirely new way of delivering fair and accurate news to affecting families and individuals of the county.

Thus, The County Gin was created.

The County Gin is a news media organization dedicated to providing fair and accurate accounts of news related to current affairs within local government, education, organizations and communities in and surrounding Wharton County, Texas, digitally through its website.