Hate speech and threats made in prom group chat

Screenshots of threats and racial slurs made by white East Bernard High School students toward black classmates have surfaced, and has left many students of color fearing for their safety.

The group was discussing who all would be included in prom plans when one student stated, “No black people.”

Following that statement, a threat of “all [n-word] must hang,” was made with many within the group agreeing with the remark.

Once surfaced, multiple students and parents have expressed concerns of safety.

“On Monday, December 6, 2021, a social media group chat was created by students who are enrolled in East Bernard High School,” Hudgins said. “This chat contained racist hate speech towards another student and the African American demographic.”

Hudgins continued by saying that the district was made aware of the messages later Monday evening, and a full investigation began the next morning.

“The investigation continued throughout the day Wednesday, Dec. 8, 2021,” she said. “Security was provided on Tuesday as a precautionary measure to ensure student safety and minimize disruption to the instructional day.”

Hudgins informed parents and students that counseling services are available for all students impacted by this incident.

As for those responsible for the messages, Hudgins said, “Students involved with the group chat and racist hate speech are receiving disciplinary measures in accordance with the student code of conduct.”

She went on to state that the district does not condone the messages, and, “East Bernard ISD strives to provide a safe, inclusive environment for all students to learn, achieve, and build lifelong relationships.”

In part one of The County Gin series, The Project at 500 Abell Street, we’ve covered the project’s inception and...
Read

Cool morning air, longer days, blooming wildflowers, and scattered showers signal the start of Spring, but for Wharton County, it...

​The Wharton Babe Ruth (WBR) kicked off its 2022 season with Opening Ceremonies at Tiger Field in Wharton on Sunday, May 8. Chartered in 1958,... 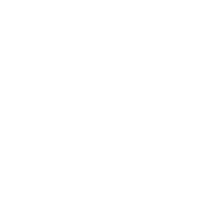 The County Gin is a news media organization dedicated to providing fair and accurate accounts of news related to current affairs within local government, education, organizations and communities in and surrounding Wharton County, Texas, digitally through its website.

Jessica Hartman - May 14, 2021 1
Update on May 15: Due to concerns about the weather, the WBR has announced a secondary plan for its opening ceremonies. In the event of...